As a leader in adoption, the Gladney Center for Adoption has taken an active role advocating for pro – child laws and regulations at the state and national levels. We know Gladney is stronger when we join with families and other organizations. Gladney launched this advocacy page as a resource, to keep families and other child advocates informed about what we are seeing, and to provide a communication avenue for individuals to notify Gladney about other issues you are aware of or to let us know your thoughts about the issues we are following. Please subscribe to our email updates to receive timely information, blogs about important topics, links to pending legislation, and calls to action when significant issues arise. We are looking forward to connecting with you. 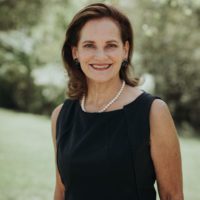 On September 30, 2020 Congress enacted the Intercountry Adoption Information Act which is now awaiting the President’s signature. This Act would require the U.S. State Department to provide comprehensive reporting on the following issues that are important to the ongoing work of Intercountry Adoption:

This information will be critical for identifying barriers to children finding secure, permanent families through adoption. Some countries have ended adoptions to the U.S. or created significant barriers, making adoption almost impossible. There have also been actions taken in our own country which have negatively impacted children, such as the State Department’s suspending intercountry adoptions of abandoned children in Nepal. By reporting on barriers as well as positive diplomatic efforts and other U.S. -initiated activities to assist vulnerable children, we will all have the information necessary to help more children around the world.

Stay Connected with Us

Success! Thanks for signing up!